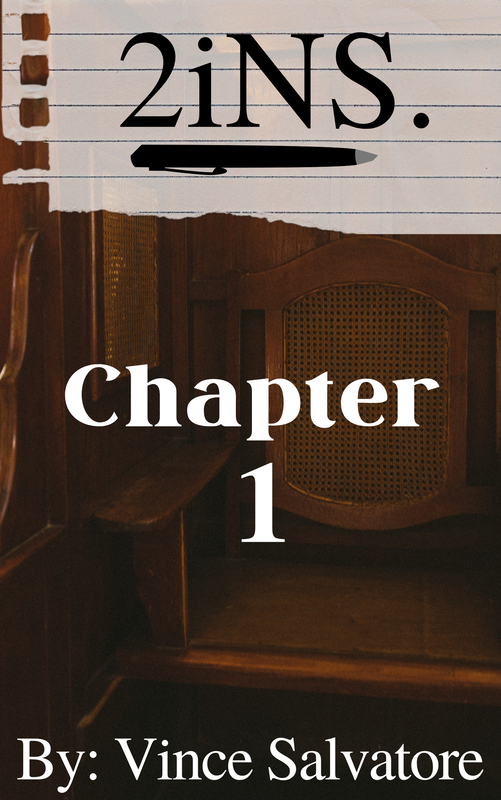 In life, human beings choose a path for themselves, more or less. The choices aren't always as simple as deciding what you're going to have for breakfast or selecting what film you're going to watch tonight. Choosing your behaviour with the people and society, big or small, is rarely something forced upon you.

In the town of Rattersfield, some choose to leave chasing the dream of a big city. Others, the vast majority, get comfortable and decide to stay. Unfortunately, among those who choose to stay, some are discontent with the small-town life in Rattersfield. Those outsiders decide to make life more difficult for everyone else, with their sins having a negative ripple effect on their lives and the lives of others.

The town of Rattersfield has one grand Roman Catholic Church. The townspeople are descended from either the people who founded it back in 1912 or outsiders trying to escape their past. Far away from everything else, the tradition of going to the church remains strong in this town. The priest is a local that pulled the right strings to get himself permanently instated in his hometown parish. Now in his mid-sixties, he has been doing Saturday night confession for the last twenty years. He never asks the name. Nor can he see the faces through the screens of those looking for absolution. People, talk, and secrets get out except during church confession.

Father Franz O'Donovan was sitting patiently for his next guest. He had only heard the confession of one person today. It was turning out to be a slow night. He had his rosary with him and prayed from the cross to each bead around the chain to its completion. Father O'Donovan checks his wristwatch. 'Slow night with two hours to go,' he thought.

Then a door opens, and someone walks inside and sits without a second wasted. "Bless me, father, for I have sinned. It has been fifteen years since my last confession." The voice of a young man with a guilty conscience weighing heavily on him. Father O'Donovan could hear it in his tone. Furthermore he did not recognize the voice of the young man.

"I guess it's safe to assume you haven't stepped into a Church in that time as well," Father O'Donovan responded.

"That's right. I burned everything around me and have nowhere else to turn,"

"Well, I guess here is as good a place as any," Father O'Donovan responded.

"Oh, man, Father, there are too many to count," the young man answered.

"Start with your most recent, and I'm not talking about the jaywalking you may have done to cross the road to get here. I mean the big one. That forced you to self-reflect and made you come to confess?" The father asked. He knew the lost sheep needed a firm hand to guide him to absolution and not just two 'Our Father's and ten 'Hail Marries,' you are now forgiven and be on your way.

The young man took a deep breath. "Confess to almighty God and to you father. Last week my father died. He was a good man, a family man. Two nights ago, I was driving home from the bar. I was completely intoxicated. Yet I managed to get on my street. I was two minutes from my house, and then I closed my eyes for ten to twenty seconds, I dozed off. I don't know how fast I was going. I wake up when I hear a loud scream and all I see is someone tackling someone else to safety." The young man buries his face in his hands to muffle his cries of guilt. There was a moment of silence in the confessional. He began speaking through his cries. "I swerved onto the sidewalk. I could have killed someone. I should be in jail. I kept driving. I couldn't stop. The next morning I woke up, and it was all a blur. By the afternoon, I had sobered up, and it all came back to me. I checked my car first and not a scratch. I put on some baggy clothes and took a walk. I found the street. I saw my tire tracks had messed up someone's lawn, and that was it," the young man concluded, and the waterfall of tears and guilt continued.
​
"Listen to me, boy! That's as good as a miracle as I have ever heard in my thirty-five years as a priest. Yes, the big man is definitely looking out for you. Now stop your crying."

"Okay," he said with a whimper. Wiping the tears away with his sleeve.

"Now, do you feel guilty for your sin?" Father O'Danovan asked in a stern tone.

"Tremendously!" he answered and breathed deeply.

"Well then, that is your starting point toward absolution," Father O'Donovan states.

The young man sighs, "They're so much more, we'll be here all night."

"I know. You have at least fifteen years of sins that need forgiveness". There was a moment of silence. "Make a list of the worst things you have ever done in your life. I don't mean counting each time you have ever said a bad word, told a white lie or cut someone off in traffic. I mean, the truly worst things that need forgiveness. Wrongs you can make right. People you have hurt, lives you may have ruined. Put that and only that on the list," Father O'Donovan stated fiercely.

"Make the list and make up for every bad thing you have ever done. Then, you can save your soul and don't come back here until you have completed each and every bloody thing. You understand?" Father O'Donovan said firmly.

"When you complete your list, you will have absolution with the Lord. Prove to him your miracle was not wasted. Then come and see me," Father O'Donovan concluded. ​
Chapter 2